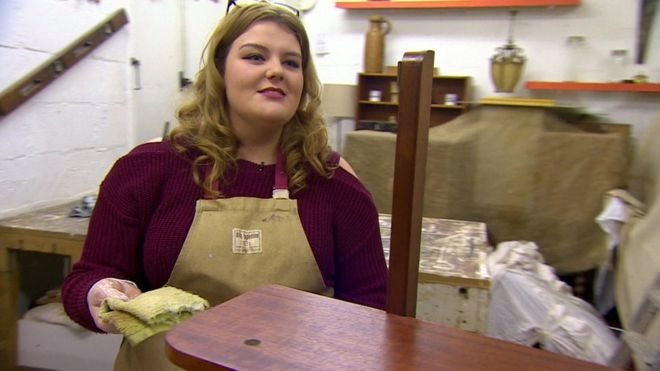 Image caption Grace, a recovering alcoholic, is one of 16 young women living in Amy’s Place

Set up in memory of the late singer Amy Winehouse, Amy’s Place is the UK’s only recovery house dedicated to helping young women overcome their addictions. The BBC’s Victoria Derbyshire programme is the first to go inside and meet the women aiming to go clean for good.

“I’m not that long sober, but I’ve come so far. You forget that my life was sitting in a homeless hostel planning how to kill myself,” Grace Gunn says.

The 19-year-old is one of the first occupants of Amy’s Place – a recovery house established by the Amy Winehouse Foundation.

She is a recovering alcoholic, and has been dry for just over a year. It is a marked turnaround from the life she used to lead.

“It started when I had my first drink aged eight, and by 12, I was sneaking around doing things that I shouldn’t have been doing,” she says.

“Between 13 and 14 I went into care, and that’s where [the drinking] took off and I could be more sneaky about it, as I didn’t have my parents around.” 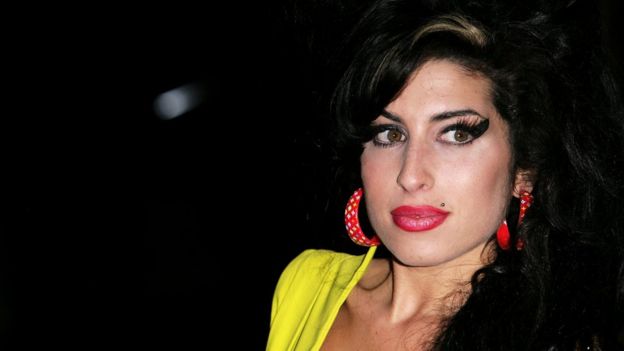 Grace says she drank as a coping mechanism, but it soon became a habit.

The problem “rocketed” when she began living in a homeless hostel, until one incident shook her into realising the full extent of the damage being caused.

“It was in November 2015, when I took 57 antidepressants on a litre of vodka and a litre of [liqueur], and nearly died. I woke up frothing at the mouth, terrified.

“They were detoxing me in ‘resus’ [resuscitation area] in hospital and they told me, ‘It’s a waiting game now to see if your organs are failing or not.’

“It was four days of me sitting in resus hoping and praying I wasn’t dying.”

Grace decided to take steps to overcome her addiction but living in a homeless hostel meant it wasn’t easy.

“When your room was next to somebody who is selling drugs, you can never get well in a sense,” she says.

“You’re always stuck in the conundrum of, ‘Do I go back to my old habits or do I go to a [support] meeting?’

“I was living a life of recovery in a using and drinking world.” 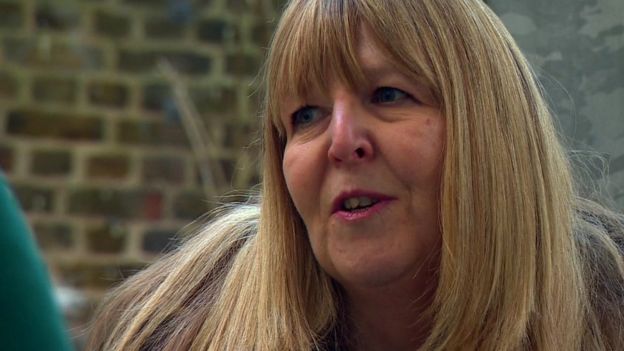 It is stories like Grace’s that motivated Amy Winehouse’s step-mother, Jane Winehouse, to set up the house – designed to help young women stay clean while taking their first steps without drugs and alcohol once they have left rehab.

“We met people in treatment who were scared to death of what was going to happen when they finished treatment [in rehab],” she says.

“For a lot of them, all they could think about was, ‘If I have to go back to where I was before, I’m just not going to stand a chance.'”

Set up in partnership with the housing provider Centra, Amy’s Place is the only recovery house in the UK designed specifically to help women under 30.

Winehouse died aged 27 in July 2011 from alcohol poisoning. She had previously struggled with drug addiction for many years and had spent time in rehab.

In the London house each of the 16 occupants gets her own flat, paid for using housing benefit. They can stay for up to two years.

There is a strict policy of no drugs, no alcohol and no overnight guests and they must agree to random drugs tests – Grace passed her latest one.

Media captionAmy Winehouse home ‘has given me a future’

Another resident, 26-year-old Judith Heryka, is also working towards a more stable future, without drugs.

Her main motivation is her children, aged five and seven. The catalyst for her deciding to seek help came when she was told proceedings would begin to take them into the adoption system. She says it saved her life.

As part of the programme at Amy’s Place, the women must take part in activities outside the house that can help them stay clean and prepare them for living by themselves.

It could be re-entering education, doing voluntary work or – in Judith’s case – finding a passion, such as kickboxing.

“I can really zone out, do something that I love,” she explains, while taking part in a local class.

Judith says the house is “100%” the reason why she is managing to stay clean and the first time she has lived somewhere and felt safe.

“I think the girls here are going to get to a point where they’re ready to move on,” she adds. “And we’ll have new arrivals, and I think we’ll keep growing from strength to strength.”

The road to recovery, however, is not without its difficulties. Some of the women in the house have relapsed, and Grace admits she recently came close to drinking.

The house is working with Grace to help her achieve her ambitions. She hopes to become a forensic psychologist one day and at the moment she’s learning woodwork with the charity the Spitalfields Crypt Trust.

“Before, [the future looked] very black, without anything I was looking forward to. Now I realise I’ve got a very long life ahead of me,” she says.

For Jane Winehouse, giving the women the tools to change their lives “is the most wonderful thing”.

Especially, as she says, the house is “in Amy’s memory”.