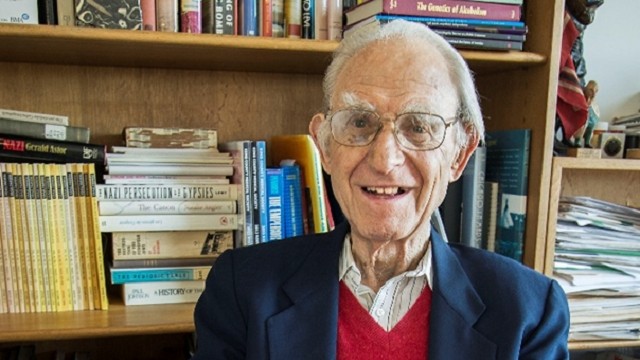 Dr. Arno Motulsky, one of the founders of medical genetics, died on January 17, 2018, at his home in Seattle. He was 94 years old. Arno was a professor emeritus at the University of Washington School of Medicine and a member of the National Academy of Sciences and the National Academy of Medicine. Motulsky was born and raised in the then-German town of Fischhausen on the Baltic Sea, but with the rise of Nazism, his family realized that they had to leave Germany. His father left for Cuba, waiting for a visa to enter the United States, and, in 1939, Arno, his mother, and two siblings left Hamburg for Cuba on a ship named the St. Louis. Famously, the almost one thousand Jewish refugees on board were denied entry into any port of the Caribbean or the US, and the ship had to return to Europe. Motulsky and his family were allowed entry into Belgium, but when the Germans invaded that country in 1940, Arno, then 17 years old, ended up in an internment camp in France. In 1941, he successfully escaped, crossed Spain into Portugal, sailed to America, and joined his father in Chicago. In 1943, Arno joined the US army and, having been accepted to the University of Illinois Medical School, was assigned by the army to a […]