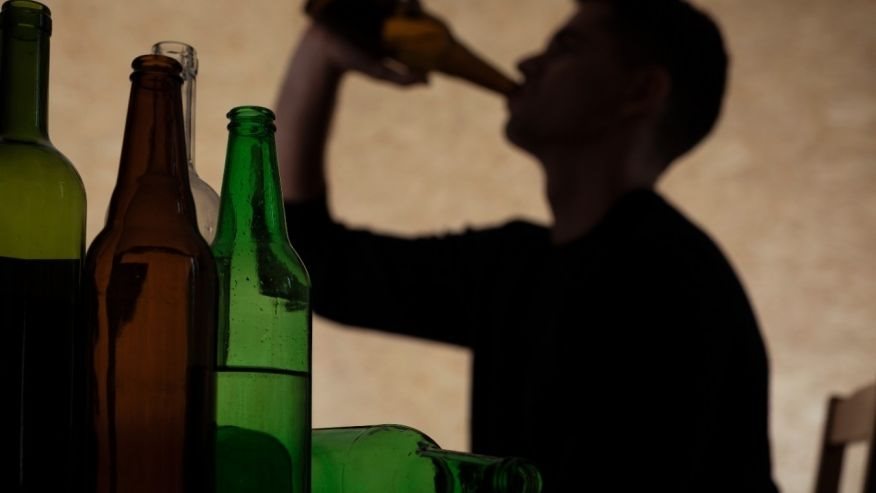 A new drug may benefit people with alcohol addiction, particularly those who are experiencing high levels of stress, a new study suggests.

The new study involved 144 people with alcohol use disorder, which is defined as drinking that causes them harm or distress, including problems at work and with relationships. At the start of the study, participants were consuming 10 alcohol drinks a day, on average.

The participants in the drug group also had fewer “heavy drinking” days (days in which they consumed more than 4 to 5 alcoholic drinks), compared with those in the placebo group. Participants in the drug group had 31 heavy drinking days during the course of the study, on average, and those in the placebo group had 38 heavy drinking days on average. However, this finding was not statistically significant, meaning it did not meet the researchers’ criteria for a meaningful difference between the groups, and it could have been due chance. This means the researchers are less certain that the drug works to reduce the number of days on which people drink heavily.

ABT-436 works by blocking the effects of a brain chemical called vasopressin, which is thought to play a role in regulating stress, anxiety and addictive behaviors, the researchers said.

It’s thought that vasopressin may increase feelings of stress during alcohol withdrawal, which promotes more drinking. So blocking vassopressin with ABT-436 may lessen this stress effect, the researchers said. If that’s the case, it makes sense that people with higher levels of stress could benefit the most from taking the drug, as seen in this study, the researchers said.

“Our findings suggest that potential future studies with drugs targeting vasopressin blockade should focus on populations of people with [alcohol use disorder] who also report high levels of stress,” study co-author Megan Ryan, a clinical project manager at the National Institute on Alcohol Abuse and Alcoholism (NIAAA), said in a statement. NIAAA funded the study.

Side effects of ABT-436 included diarrhea and nausea, although most people who took the drug said that their side effects were mild. However, four people in the study stopped taking the drug because of diarrhea or nausea.

Although there are already four medications to treat alcohol use disorder that are approved by the Food and Drug Administration, these drugs are not effective for all patients, the researchers said. And so “continued research is needed to develop additional medications that are effective and safe for a diverse [alcohol use disorder] population,” providing more options for doctors and their patients, the researchers wrote in the Sept. 23 issue of the journal Neuropsychopharmacology.

ABT-436 is an experimental drug manufactured by the pharmaceutical company AbbVie, Inc., which provided the drug for the study.

Copyright 2016 LiveScience, a TechMediaNetwork company. All rights reserved. This material may not be published, broadcast, rewritten or redistributed.