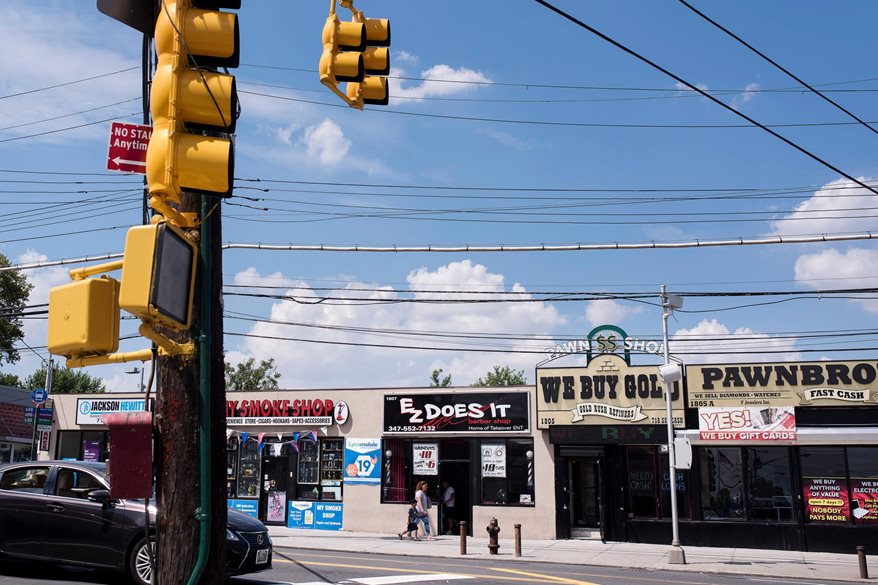 EZ Does It, a barbershop on Staten Island. Stephen Cummings, who cuts hair there, has been charged with manslaughter, after prosecutors say he gave a man fentanyl-laced heroin that caused the man to overdose. Credit Karsten Moran for The New York Times

The accused drug dealer known as EZ pulled up to his supplier’s spot on Staten Island, turned to the customer beside him and, according to prosecutors, boasted that they were about to score the most potent heroin on the market. So strong that a bag recently used by his friend’s father had killed the man.

“It’s not all peaches,” prosecutors said the dealer, whose real name is Stephen Cummings, told the customer, in a reference to the strength of the fentanyl-laced heroin.

The customer was an undercover police officer, working with the Richmond County district attorney’s office to crush a loose-knit group of dealers working across the island’s northern shore. The officer was wired, and the conversation on Jan. 3, touching on the overdose death of Richard P. Zeifert, has become Exhibit A in a series of indictments that include rare homicide-related charges against a suspected drug dealer in New York City.

As heroin and its synthetic cousin, fentanyl, send more and more victims to the morgue, prosecutors are leaping into largely uncharted legal terrain, as they tried in the 1970s, to fight the scourge. The second-degree manslaughter and criminally negligent homicide charges filed against Mr. Cummings follow similar strategies used recently by prosecutors in upstate New York and on Long Island. They also mirror a case brought three years ago by the city’s special narcotics prosecutor, Bridget G. Brennan, against a pain management doctor, Stan Xuhui Li, who was sentenced to more than 10 years in prison.

Convicting a physician of recklessly causing the death of his patients is a leap beyond proving a drug dealer did the same to a customer, but they reflect the same approach: prosecutors mixing current laws with new investigative tools to fight back against the rising tide of opioid-related deaths. The Richmond County district attorney, Michael E. McMahon, has applied such tactics in more than 240 overdose cases.

The cases are tough. Prosecutors said they must tie the medical evidence about the drugs ingested to a fatal overdose, which requires careful dissection of toxicology reports. And they must present evidence that a dealer knew the risks of the drugs yet provided them anyway, something defense lawyers can argue is anathema to dealers’ aims: to propagate customers, not kill them.

As juries weigh such tactics, they must balance thorny questions, discerning addicts from predators in the drug-dealer ranks and deciding if a dealer should be held responsible for the death of someone who ingests drugs known to be dangerous

Indeed, as Mr. Cummings’s brother, Michael Pacheco, tells it, his older sibling uses heroin and needs rehabilitation, not incarceration. He said his brother’s habit led to his only prior arrest, in January, for drug possession.

“They shouldn’t have held him without bail,” said Mr. Pacheco, 28, sitting in the EZ Does It barbershop, which he owns. Mr. Cummings is a barber there. “And they shouldn’t be charging him, an addict, with manslaughter.”

Joyce Fobbs, 58, and her son, Anthony White, are among the 15 people arrested in the case. Ms. Fobbs said she and her son were also stuck in heroin’s grip and need help. She said the case — which Mr. McMahon’s office has dubbed “Operation Final Kut” — seemed overblown. Another defendant, Raymond Lugo, 52, who was arrested with his brother, Nelson Lugo, said the prosecution felt like a test case, or legal stunt, to send a message to dealers.

“Why would they use us as a guinea pig?” he asked.

Mr. McMahon conceded that the case against Mr. Cummings represents a “hard standard” to prove in court, but that it was far from contrived. Instead, it grew naturally from two separate investigations linked by Mr. Zeifert’s overdose. On Dec. 23, 2016, investigators opened a homicide-style inquiry into his death, analyzing his phone and other evidence from the scene, doing interviews and tracing the toxicology from his autopsy. Then, Mr. McMahon said, after Mr. Cummings told the undercover officer on Jan. 3 that he had warned Mr. Zeifert, 52, about the power of the drugs, the inquiries were joined.

It was a strategy Mr. McMahon forged for just such deaths after taking office in January 2016, weeks after the borough’s sprawling heroin crisis hit home: “A young man in my neighborhood, right down the block from me, collapsed on the front lawn and died,” he said, adding that he had watched the boy grow up.

Prosecutors say users have an increasing thirst for combinations of heroin and fentanyl, which they refer to as “fire” for its power. Yet they believe they can control the drugs, said Antonia Assenso, an assistant district attorney in Mr. McMahon’s narcotics investigations bureau who is assigned to the case.

“They think it is not going to happen to them,” Ms. Assenso said. “They think that they will be able to, basically, play God, but get that ultimate high.”

Mr. McMahon said he had “great faith” in jurors and in his staff to “put forward this case and establish, beyond a reasonable doubt, that this particular defendant took a life by selling drugs that he knew were toxic.” 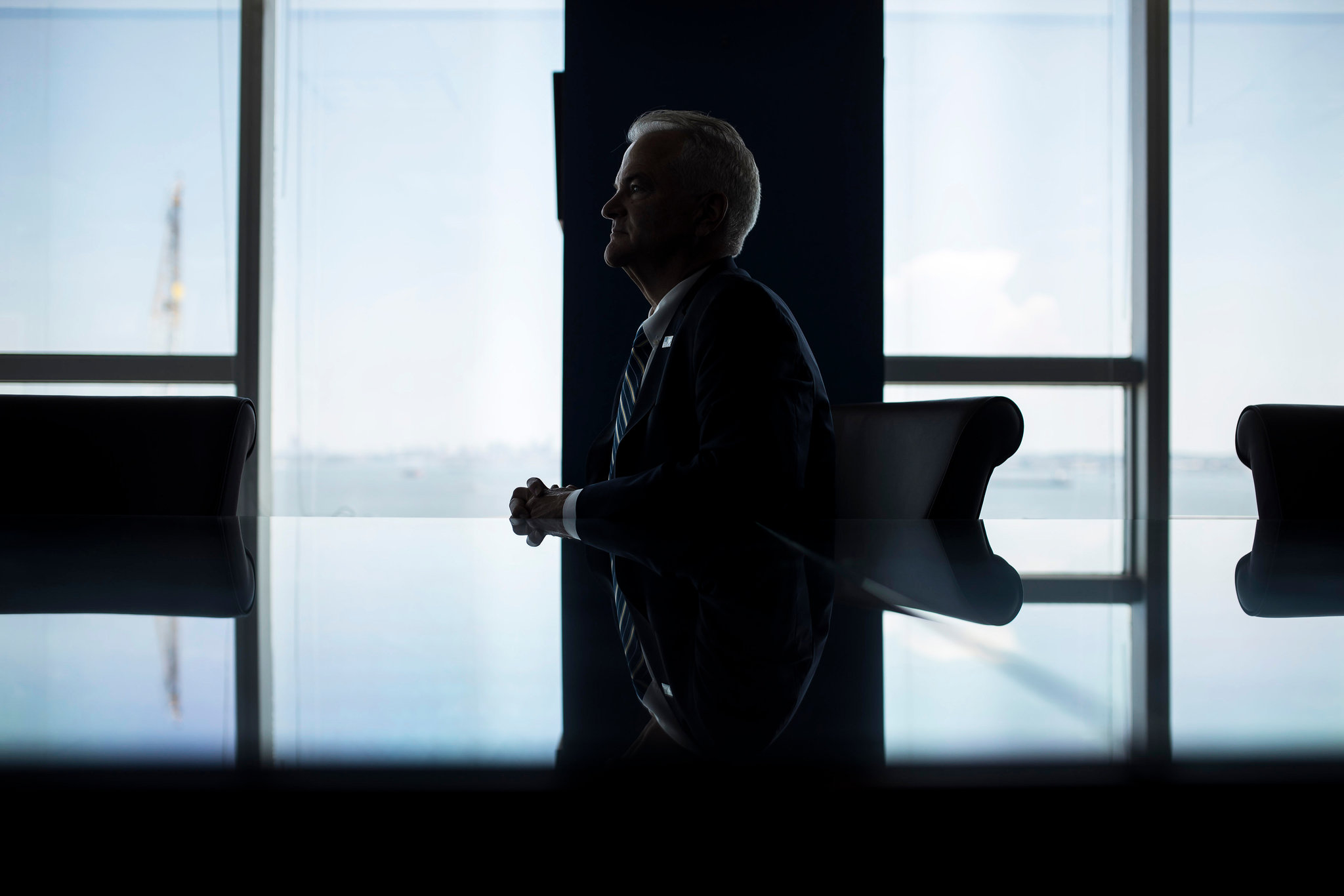 Michael E. McMahon, the Richmond County district attorney, has been at the forefront of a tactic charging drug dealers in the deaths of clients who overdose. Credit Karsten Moran for The New York Times

Mario F. Gallucci, a lawyer for Mr. Cummings, called the statements prosecutors have attributed to his client “mere puffery.” Though he gave Mr. McMahon credit for a “novel approach” to the law, Mr. Gallucci said he would fight the charges against Mr. Cummings, 32, including that he deals drugs.

Around the city, a more common path for such cases has been through federal courts. Prosecutors in the Southern District of New York have brought 13 cases over the last four years charging people with “distribution of drugs causing death,” a statute that carries a 20-year minimum sentence. A bill in Albany, dubbed Laree’s Law, to create a homicide charge in state cases, has languished in the Assembly.

In all cases, the authorities said they sought the most punitive sanctions, which has led to a focus on tying narcotics rings to violence, particularly in gang takedowns.

Each morning, get the latest on New York businesses, arts, sports, dining, style and more.

Mr. McMahon said his current case is no exception: The 15 defendants had previously been involved in 18 shootings and 19 gun arrests. But although some of those involved were members of the Bloods and the Latin Kings, they had shunned their gang loyalties, prosecutors said.

The indictment against them, wrought from an 11-month investigation, reflected a vigorous street trade in heroin, fentanyl, suboxone and cocaine in Staten Island’s Port Richmond, New Brighton and West Brighton neighborhoods.

Dealers are overheard setting up transactions and then moving to street corners, apartments and other locations to sell their products, according to the indictment. A hub of activity, the indictment said, was the EZ Does It barbershop, on Forest Avenue. Mr. Pacheco denied drugs were sold there.

To Mr. Pacheco, the story is a human tragedy: His brother and Mr. Zeifert went to Mr. Zeifert’s house in December to get high. Mr. Zeifert died accidentally, the medical examiner’s office later ruled, of acute intoxication because of the combined effects of ethanol and fentanyl.

Alice M. Pedersen, Mr. Ziefert’s mother-in-law, shuddered when she recalled his death. Mr. Ziefert, a house painter, had moved in with her in April 2016, after her daughter died. It was no secret he drank and had used heroin in the past, she said, but she felt that the dangerous combination of drugs he got on the streets must be stopped.

“This happened to be a poison,” Ms. Pedersen, 76, said. “Not a heroin, but a poison in the heroin. Why would someone put poison into a drug and then sell it to someone they know? How could they do that?”