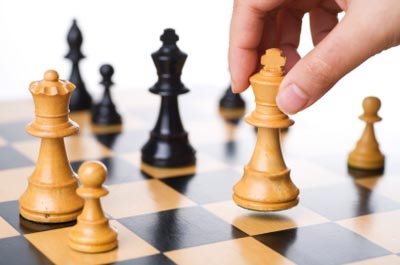 In cocaine-dependent iniduals, executive function (EF) deficits are associated with poor treatment outcomes. Psychological interventions and pharmacological approaches have produced only modest effect sizes. To date, studies of this topic have been few and limited. The aim of this study was to examine the effects of a new model of intervention, which integrates chess and Motivational Interviewing, Motivational Chess (MC)

20). Using neuropsychological tests and an impulsivity scale, we assessed the subjects before and after the study period (one month of abstinence monitored by urine toxicology screening).

The MC and AC groups did not differ at baseline. In the post-intervention assessment (after one month), both groups showed significant improvements in attention, mental flexibility, inhibitory control, abstraction abilities, and decision-making (p

0.01). In addition, the improvement in working memory was more significant in the MC group than in the AC group (group-by-time interaction, p

One month of abstinence was sufficient to improve various attentional and executive domains in cocaine-dependent subjects. The MC intervention was associated with greater improvements in EFs, especially working memory, suggesting that tailored interventions focusing on complex EFs accelerate the process of cognitive recovery during the initial period of abstinence.