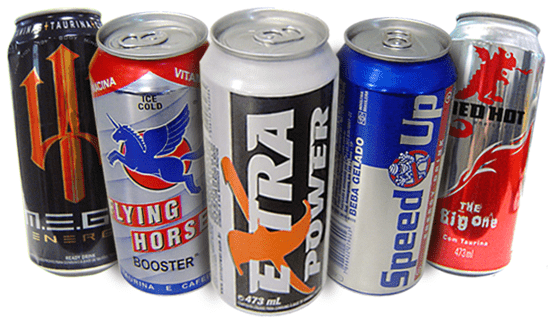 The energy drink market is a multibillion-dollar industry that uses aggressive and innovative marketing strategies to target teens and young adults. Consequently, 31% of young teens and 34% to 51% of 18- to 24-year-olds report regular consumption of these products.1

Energy drinks contain caffeine and often other substances such as guarana (containing guaranine, similar to caffeine), taurine (an amino acid), and sugar derivatives. The primary active ingredient is caffeine, usually with 80 to 141 mg of caffeine per 8 oz (equivalent to a 5-oz cup of coffee or 2 cans of soda).

The health effects of energy drinks have received attention from researchers and policy makers because there is limited knowledge about differential effects of caffeine on children and adults and the interaction of caffeine and alcohol. Alcohol mixed with energy drinks (AMED) has become increasingly popular, especially among adolescents and college students. In surveys of college students, as many as 56%2 report mixing energy drinks with alcohol in the past month. Alcohol mixed with energy drinks includes cocktails served at bars (eg, Red Bull and vodka), premixed caffeinated alcoholic beverages (eg, Four Loco), self-mixed beverages, and alcohol and energy drinks consumed separately but within the same drinking occasion.

Although experimental evidence about the effects of AMED on perceived intoxication and sedation has been inconsistent, AMED use is correlated with increased risk for negative consequences of drinking. In a study of 802 bar patrons, the adjusted odds ratio for leaving the bar intoxicated (breath alcohol concentration >0.08 g/%) for those who consumed AMED, compared with those consuming alcohol without caffeine, was 2.99 (95% CI, 1.39-6.43; absolute risk difference, 9.5% vs 3.5%). For intending to drive after leaving the bar, the adjusted odds attributable to adding caffeine to alcohol was 4.26 (95% CI, 2.14-8.49; absolute risk, 12.3% vs 4.4%).3 Students who consumed AMED, relative to those who consumed alcohol without caffeine, were more likely to experience a variety of drinking-related negative consequences, including approximately double the risk of experiencing or committing sexual assault, riding with an intoxicated driver, having an alcohol-related motor vehicle crash, or requiring medical treatment.1

Some cross-sectional studies showing an association between AMED consumption and increased risk taking have used between-group analyses: behaviors for AMED users are compared with behaviors in people drinking alcohol without energy supplements. This study design leaves open the possibility that those who choose to use AMED are inherently more prone to risk-taking behaviors, and thus the relationship between AMED and risk taking could be spurious. It is possible that personality traits such as impulsivity and sensation seeking cause AMED consumption, rather than AMED causing risky behaviors. In one study, young people who frequently consumed energy drinks were more likely than their peers who consumed energy drinks less frequently to be heavy drinkers.4 In another study, college students who consumed AMED were more likely than those who consumed alcohol without caffeine to have drunk heavily, to have been drunk, and to have drunk more alcohol on a typical drinking occasion in the last 30 days.1

The way to control for this potential confounding is by comparing drinking and risk taking when the same individuals consume alcohol with and without caffeine. Studies using this within-participant approach have tended to find no association between AMED use and risky behaviors.5– 6

Most experimental studies found that caffeine reverses alcohol-related impairment on tests of reaction time, psychomotor speed, and simulated driving performance at moderate (but not high) alcohol levels but not on error rates.7 Thus, caffeine allowed moderately intoxicated individuals to respond as quickly as if not intoxicated, but their performance remained impaired. Caffeine antagonizes the effects of alcohol on response execution but not on inhibitory control, possibly increasing risk-taking behaviors while consuming AMED. Marketing of AMED to promote the belief that it reduces impairment and sedation is misleading. Social drinkers who believed that caffeine would counteract impairment from alcohol actually showed greater impairment.8 The extent to which AMED affects psychomotor impairment and sedation remains unclear.

In 2008, in response to the perceived public health threat posed by AMED, 13 state attorneys general and the San Francisco city attorney negotiated settlements by which 2 national breweries agreed to remove caffeine and all other stimulants from their products. In 2010, the US Food and Drug Administration (FDA) sent warning letters to 7 producers of premixed caffeinated alcoholic beverages, essentially halting their production and sale. The US Centers for Disease Control and Prevention has posted a fact sheet warning of dangers related to mixing alcohol and energy drinks. In 2012, when a number of students were treated for excessive consumption of Four Loco, a premixed, caffeinated, high-alcohol-content beverage, several states prohibited the sale of this product.

These initiatives may increase awareness and lead to reduced marketing of premixed AMED. However, most young people who consume AMED will mix alcohol and caffeine on their own. Thus, it is important that policy makers, parents, university administrators, health care professionals, and consumers of AMED have accurate information regarding AMED as a public health danger.

Brands of energy drinks continue to proliferate. The public needs more definitive information and education about the safety threshold for caffeine consumption and, in particular, the effects of caffeine on adolescent behavior and development. Policy makers should hold energy drink manufacturers accountable for claims regarding the health and psychosocial benefits of their products.

In the meantime, it is likely that young people will continue to mix alcohol with caffeine. Potential harms of AMED warrant additional rigorous experimental and survey research to examine 3 critical questions. Is the relationship between AMED consumption and risky behavior confounded by personality traits? Does AMED consumption distort perceptions of intoxication? Does AMED consumption increase alcohol consumption, relative to drinking alcohol alone?

For the present, however, consensus about these questions, and identification of gaps in knowledge, could be achieved by targeting research on this topic and by convening experts to assess existing evidence. Consensus panels might include participants from regulatory organizations, such as the FDA or the Consumer Product Safety Commission; research entities, such as the National Institutes of Health or the Institute of Medicine; and clinician organizations, such as the American Academy of Pediatrics. Such an effort could provide valuable guidance to emerging and future public health policy on AMED.

Conflict of Interest Disclosures: Both authors have completed and submitted the ICMJE Form for Disclosure of Potential Conflicts of Interest. Dr Howland reported having been principal investigator on a contract between Boston Medical Center and Red Bull to conduct a student survey on AMED use that was not related to the preparation of this article. Dr Rohsenow reported having received a Senior Research Career Scientist Award from the Department of Veterans Affairs.

Funding/Support: This work was supported in part by a Senior Research Career Scientist Award from the Department of Veterans Affairs.

Role of the Sponsor: The funding source had no role in the preparation, review, or approval of the manuscript.