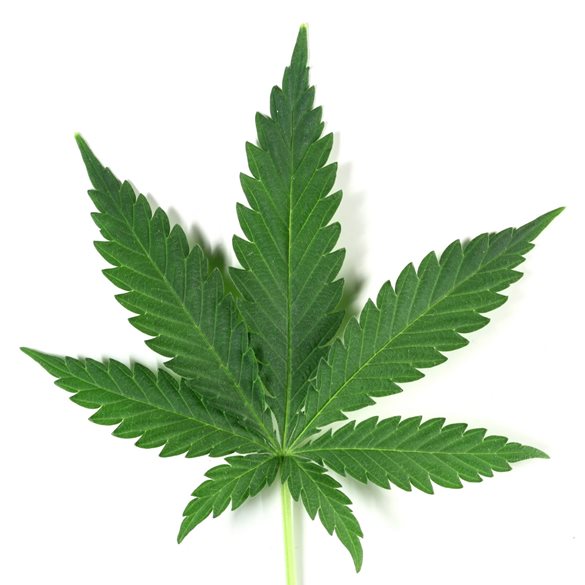 Enucleation is a topic discussed in psychiatry which is a self-injury matter. Enucleation is observed as psychotic disorder due to substance abuse. In people with mental disorders who also have substance use leading to hallucinations and delusions, unusual eye evacuation were reported. In most cases, enucleation was done using sharp tools.

This report describes a man suffering from psychosis after consuming hashish and has attempted to evacuate his eyes with his finger.

Given the increasing prevalence of hashish use by young people, and false beliefs about the use of hashish in order to withdraw other substances, preventive methods and education for young and vulnerable people are suggested.

Enucleation is a topic discussed in psychiatry which is a self-injury matter. Most reported cases of enucleation have been described in patients with schizophrenia. Auto enucleation has been reported as a result of substance abuse, bipolar mania, obsessive-compulsive disorder (OCD), posttraumatic stress disorder, and major depression disorder.1 The first eye evacuation was described by Bluner in 1846 and it was named Oedipism in 1906. Although the prevalence of eye enucleation is little, the serious consequences of this disorder needs severe medical and strong psychiatric attention.2 Enucleation of both eyes was reported in a patient with epilepsy during seizures.3 Enucleation is associated with paranoid delusions and psychological factors particularly schizophrenia.4 Although enucleation is rare, it is observed in mentally retarded children,5 suicidal cases, substance users, and even mentally disfigured cases.6,7

In patients with mental disorders who were substance abusers at the same time, hallucinations and unusual delusions were reported, among which delusions and hallucinations led to enucleation. In most cases, sharp tools were used for enucleation. This reported describes a man who was psychosis after drug use and attempted to evacuate his eye with his figure.

The patient was a 28-year-old man, who was a farmer and lived in one of Kerman, Iran, had primary education, and due to eye enucleation referred to a hospital. The patient was referred for psychiatric consultation after eye evacuation by an ophthalmologist. In the psychiatric history, it was revealed that the man had severe headaches after consuming large amount of hashish and while he was rubbing his eye, he completely removed it and held it in his hand, and he stated that he had not understood what happened due to his severe headache. The patient was also restless and aggressive and believed that his father was not his real father and he received this news through a text message. He was suspicious about his family. He believed that he had been poisoned, someone was chasing him, and he was constantly anxious. He said that one of the foreign countries was building a bomb and was going to destroy this country and he felt that the devil had come. The patient history noted periodic bouts of aggression and restlessness, and paranoia specially after using hashish since three years ago. He used to be treated as an outpatient with psychiatric treatment drugs, 8 mg perphenazine and trimipramine for three years. Besides, there was no history of mental illness before he used hashish. He seemed restless during mental state examination. He had persecutory delusions and trauma symptoms, and auditory and visual sudo hallucinations. His orientation regarding time, place, person and evaluation of his memory was normal. There was no noticeable point in his neurological examination.

According to the American Psychiatric Diagnostic and Statistical Criteria (DSM-IV.TR) with a diagnosis due to substance use psychotic disorder, he was treated with 15 mg olanzapine daily, 50 mg thioridazine daily, clonazepam 1 mg, and 4 mg trihexyphenidyl. His symptoms were resolved in the second week of the treatment, and other symptoms gradually improved after the end of a month of hospitalization.

Psychotic disorders due to substance abuse are mostly observed in patients who have prolonged alcohol or substance abuse. Psychotropic substances are common causes of psychosis syndromes. The most common substances involved in syndromes include alcohol, indole hallucinogens such as lysergic acid diethylamide (LSD), amphetamines, cocaine, mescaline, phencyclidine, ketamine and many other drugs including steroids and thyroxine which can cause hallucinations. Drug-induced psychosis is intended for those who have lost their sense of reality and have psychotic symptoms caused by substance abuse.

Those who have psychotic symptoms such as hallucinations due to drug abuse but have not lost their sense of reality should be classified as drug-related disorders, such as phencyclidine poisoning with understanding disorder. The intention to impose such a diagnosis along with other diagnosis which was called psychosis disorders is that the clinician should note that it may have a causative role in the production of psychotic symptoms. Drug-induced hallucinations may occur in one or more modes of sensory. Auditory hallucinations are usually associated with drug abuse and are also seen in deaf people. And visual hallucinations are observed in people who were blind due to cataracts. In hallucinations associated with alcohol, threatening and offending sounds exist which speak as a third person about the patient, and these voices may tell the patients to harm themselves or others. These patients are dangerous and at risk of suicide or homicide. Secondary delusions and hallucinations caused by substances occur in the state of complete awareness of the patient.

The most common delusions caused by substance abuse are persecutory delusions and injury. Obvious symptom of psychotic disorders caused by amphetamines is paranoia. Psychotic symptoms of amphetamines and schizophrenia are similar as well. Regarding clinical signs, resolving of symptoms within a month or positive urine drug test eventually clears the correct diagnosis.8

Diagnosis of hashish-induced psychotic disorder is placed when the psychosis is caused by hashish consumption; this disorder is rare though. And transient paranoid thoughts are more common. Full-blown psychosis in countries where people have plentiful and long term access to different types of hashish are relatively common. Psychotic periods are sometimes called cannabis psychosis. Hashish use is rarely experienced by “bad fly” (bad Trip) which is often associated with hallucinogen intoxication. When hashish-induced psychotic disorder occurs it may be related to the previous personality disorder in the patient. Paranoid is probably the most common psychotic syndrome in association with inhaled toxic substances.8

Enucleation has been reported in numerous substance abuse reports. For example in a study by Mr. Nicholas Jones, four cases were reported followed by psychosis caused by amphetamines, LSD, and marijuana abuse.9 In another study, a patient with paranoid schizophrenia removed his left eye with a steel knife due to his auditory hallucinations.7 Studies showed that people with auto nucleation are very susceptible to damage other parts of their body. A case reported that a man with one eye attempted to take out his other eye. Study of 50 patients with auto nucleation showed that 39 of them damaged both their eyes.10

In this report, the patient’s diagnostic criteria for substance-related psychotic disorders were according to the diagnostic criteria of America Psychiatric Association (DSM-IV). The results indicate that a psychosis symptom of the patient leading to paranoid and eye enucleation was the effect of psychoactive substance in hashish. Given the increasing prevalence of hashish use by young people and the wrong beliefs about using hashish to withdraw other substances, preventive methods can be effective in dealing with these outcomes. And the necessary training for young and vulnerable people must be provided.

The Authors have no conflict of interest.