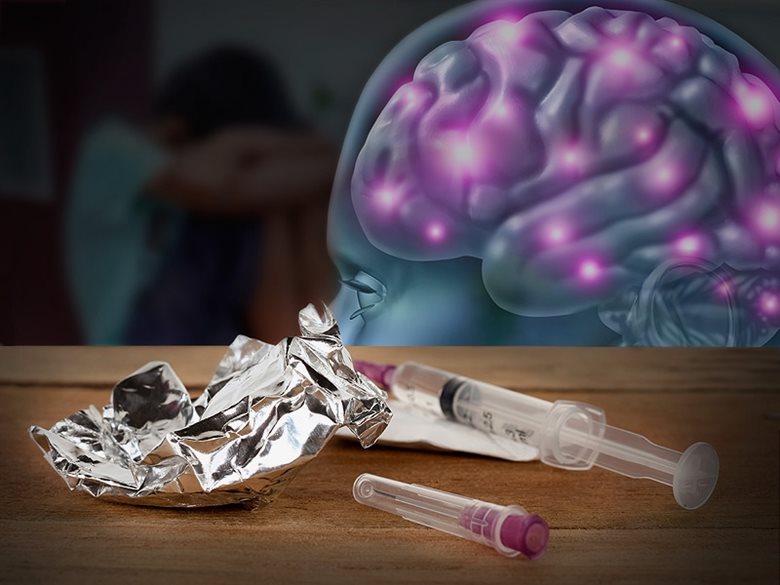 Brain dysfunction associated with heroin addiction is sustained even after at least 3 years of abstinence, according to the first brain imaging study to evaluate long-term outcomes of former addicts.

“To the best of our knowledge, this is the first published article evaluating brain functional connectivity in heroin-dependent individuals who have abstained from drug use for extended periods of time,” the investigators, led by Feng Zou, Cognitive and Mental Health Research Center at Beijing Institute of Basic Medical Science, in China, write.

“In this study, we show that abnormal brain functional organization in heroin addicts persists after multi-year abstinence,” the authors add.

The study was published online August 17 in the Journal of Neuroscience Research.

Brain abnormalities in individuals who are currently addicted to heroin or who are newly abstinent have been well-documented, with MRI studies showing that these patients have reduced volume in the nucleus accumbens (NAc), which is linked to appetite drive and reward-seeking behavior.

To investigate whether the effects are present after several years of abstinence, the authors conducted a cross-sectional study in which whole-brain resting-state functional MRIs were collected from 30 heroin-addicted individuals who had been abstinent for at least 3 years (mean period of abstinence, 58 months) and 30 healthy control participants. One control participant was excluded because of head movement during the MRI.

“[The study] suggests that intense craving for drugs may be triggered in the presence of stressors or other environmental cues in individuals who have successfully remained abstinent for long periods of time,” the authors note.

“The risk of relapse to drug-seeking behavior may therefore be long lasting and difficult to eliminate in heroin abusers,” they add.

Interestingly, one area of abnormality did show some improvement over time ― increased strength was observed in NAc functional connectivity with the left putamen over a period extending for as long as 85 months, suggesting some recovery of impaired brain function.

“[The study] suggests that the abnormal function of the putamen may gradually recover with an increasing duration of abstinence. Therefore, long-term abstinence may be useful for heroin- dependent patients to diminish their brain abnormalities and possibly lower the relapse vulnerability to some extent,” the authors write.

The findings are consistent with previous research by the same research team, which showed similar changes in the same areas of the brain in acutely abstinent heroin addicts.

“The present study demonstrates that aberrant NAc functional connectivity remains in heroin addicts, even after more than 3 years of abstinence,” the investigators write.

“Although the heroin-dependent individuals were drug free for extended periods of time, latent abnormalities suggest that some dysfunction persists in addicts’ brains. These findings may aid the development of treatment and rehabilitation strategies for those suffering from drug addiction,” they conclude.

The positive changes in the left putamen are notable and bode well for improvements in decision-making, Frank J Vocci, PhD, coeditor of the American Society of Addiction Medicine’s Journal of Addiction Medicine and president of Friends Research Institute, Inc, in Baltimore, Maryland, told Medscape Medical News.

“There is evidence in the literature that engaging the putamen in decision-making allows an individual to choose delayed over immediate rewards, so that’s an important issue with former drug addicts with compulsive drug use. Improved engagement of the putamen can help rebalance that craving process,” he said.

In general, the study offers important insights into the neural changes that do and do not occur after heroin addiction, he added.

“It’s very rare to have a look at former heroin addicts 4 years out, so this is a unique paper along those lines,” Dr Vocci said.

“We know there are long-term changes to the brain that occur after addiction, and I think the paper shows the changes can be persistent with long-term abstinence. However, some of the changes can improve to benefit patients.”