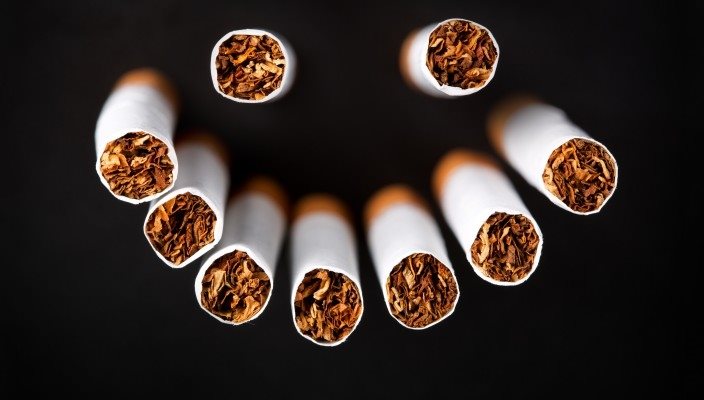 Executive Order 12866 requires federal agencies to assess the costs and benefits of “significant regulatory actions” (i.e., proposed and final rules having an annual effect on the economy of $100 million or more). The Family Smoking Prevention and Tobacco Control Act of 2009 gave FDA regulatory authority over cigarettes and smokeless tobacco products and authorized it to assert jurisdiction over other tobacco products by issuing a rule. To date, FDA has issued economic impact analyses of one proposed and one final rule requiring graphic warning labels (GWLs) on cigarette packaging and, most recently, of a proposed rule that would assert FDA’s authority over tobacco products other than cigarettes and smokeless tobacco.

There are three steps in conducting this type of economic analysis: estimating the impact of alternative regulations on tobacco use, assessing the economic benefits of these reductions in tobacco use, and determining the economic costs of implementing the regulations. The analytic tasks require making numerous assumptions. Applying assumptions derived from traditional economic theory, while reasonable when evaluating regulations on many consumer goods, can result in grossly distorted estimates of benefits and costs when applied to the analysis of tobacco products, given the market failures caused by self-control problems and imperfect and asymmetric information, exacerbated by initiation of product use and addiction, for most, during adolescence.

Given controversy over the FDA’s approach to assessing net benefits in its proposed and final rules on graphic warning labels and the importance of having economic impact analyses prepared in accordance with sound economic analysis, a group of prominent economists met in 2014 to review that approach and, where indicated, to offer suggestions for an improved analysis. We considered each of the three steps in the analysis.

Based on recent literature, we find that FDA’s evaluation of the impact of GWLs on smoking prevalence likely underestimates the impact by a factor of 30 or more. Specifically, the FDA estimated that the GWL rule would reduce smoking by 0.4 percent. Recent research indicates that the correct estimate is 12 percent or higher.

With regard to its measurement of benefits, FDA omitted many potentially important benefits, including those derived by nonsmokers whose exposure to second-hand smoke would be reduced, benefits associated with reduced maternal smoking during pregnancy, and benefits attributable to reductions in several categories of health care costs omitted from FDA’s analysis. The FDA’s methodological approach exhibits additional problems that may result in a further underestimation of benefits, including the failure to model specific health impact changes in a manner that reflects the fact that some of these impacts occur quickly (e.g., reductions in heart attacks and strokes) – FDA’s analysis spreads the benefits evenly over 3 decades, with discounting diminishing their contribution – and using data on lifetime health care costs of tobacco use that are often a decade or more out of date.

The most critical concern about FDA’s cost estimation is the agency’s reliance on lost consumer surplus as a cost of smokers’ quitting in response to the GWLs. We describe in detail why the notion of consumer surplus, predicated on well-informed rational behavior, does not apply in this instance in which the vast majority of smokers begin smoking, and become addicted, before the age of majority. These smokers have imperfect information and, in particular, insufficiently understand the power of the addiction to nicotine when they start smoking. Almost uniformly they believe that they will not be smoking five years later, when in fact the vast majority are. We discuss the applicability of such notions as the principle of insufficient reason, present bias, and projection bias, and consider the relevance of self-control problems documented in the literature. For reasons we give, most smokers induced to quit by the GWLs will conclude that they have achieved a large net benefit.

Altogether, the underestimation of the impact of the GWLs on smoking, the substantial underestimation of benefits, and the overestimation of costs led FDA to substantially underestimate the net benefits of the GWLs. We hope that FDA will find our evaluation useful in subsequent analyses, not only of GWLs but also of other regulations regarding tobacco products. Most of what we discuss applies to all instances of evaluating the costs and benefits of tobacco product regulation and, we believe, should be considered in FDA’s future analyses of proposed rules.